When rappers flex muscles on wax, the fans expect nothing short of brilliant lyrical exchanges, variance in deliveries and flows and of course everyone wants to be the judge of who outdid the other, Jay-Z’s Renegade track featuring Eminem is a perfect example. Domestically, quite a number of collabos were released over the past year, here’s a list of those that caught our attention the most; success wise and lyrics wise, especially the tracks on which the guest or featured acts that tried to usurp their hosts behind the mic. Here’s the countdown, we give you the Top 20 (20-11).

20. Phenom on Bigger Than Monster by Str8buttah & Knighthouse; When I stumbled on this joint during the course of the year on one of the blogs, I was kinda excited cause I knew both camps carried fire power, after listening, although I was disappointed, Phenom managed to come through for me on this one, the boy’s insane.

“2 more(Tumor) bars, I need a brain surgeon/I’m about to change the look of the game, face surgeon”

19. Jesse Jagz on What It Do by Laylow; Laylow had a list of featured acts almost as long as that of a football team on this joint, Phyno kicked it off well, Phenom and Seriki ran the wings effectively but with his matured delivery and flow, only Jesse Jagz was fit enough to wear the No.9 jersey on this joint, he was even cocky enough to ask “tell me any nigga got a better verse till date”.

18. Pherowshuz on Raplogic Remix by Fecko; Veteran Terry introduced his new artiste Fecko on a strong note, He even managed to bring the old Terry back on his verse until he got to the Diarrhea, hallelujah part, boss just could not sustain the tempo, then came Pherowshuz, his verse gave Fecko a good run for his money, this Egyptian king sure knows how to hold his own.

“…livewire flow, with more sparks than Gordon….show me the money, let me bag that(Baghdad), I raq…”

17. Erigga on Otapiapia by Lord V; Lord V had a good 1st year in the game but Erigga had a better year; dropped his album, made the Headies list, won at the SSMAs, killed a host of joints and ended the year with his verse on this joint that was a perfect finish like a Mortal Kombat kill. Very strong showing not to forget what he did on the hook. By the way, leg wey swell no be rain-boot, smh.

“too many wahala, my shadow no dey gree follow……… Lord V, we no be polish, na why dem wan kill we”

16. Baseone on Drag Shine by Dharsaw; Laid back beat by Drew, mixture of Yoruba and English lyrics, but Base one stood out like a sore finger on this. Base was number one on this one without any doubt.

“Man must not live on bread alone, that’s why they do tea/mo fe dabi Fela, sugbon mo ku ti”.

15. Rukus on Where I’m From by ODDZ; Another slept on song from ODDZ, he still got murked by the featured act though. Rukus comes through on this one, lyrically & otherwise.

“….the flow is timeless, the studio got no clocks, black out on the mic, no gen just nepa…”

14. Boogey on I’m On by Griot; 5 upcoming cats who did put up a good showing individually over the year jumped on Trae Tha Truth’s “I’m On” instrumental, for me this was one of the collabos of the year, though heavily slept on, just like Griot’s tape. So the question again, mirror, mirror, amongst the 5, who was the fairest of them all, color wise, Boogey, lyrics wise, BOOGEY . His delivery was definitely outstanding from the rest of the pack.

13. D-Truce on Primetime Exhibit by Modenine; D-Truce was surely “Flying to the top, while other niggas steady running” as he announced himself with this top verse effectively delivered on this Occupy the Throne standout cut. Did he murk Modo????

“Like Jewelry thieves, they trying to steal my shine away………Like mathematics, they hating on me, just cos they don’t understand…”

12. XII Gage on Verse 6 by Illwill; Another crazy gathering of lyrical assassins on a Teckzilla beat, most good came out of this but while Rap6 majorly reminded me of Ruggedman and Mtirll won more haters with his ‘Em murked Jayz on renegade’ line, I was most impressed by XII Gage, his flow was really impressive, he was on point from his very 1st line…”Shine so bright, u can bet we’ll glow in the dark even when the light is out…signing out with a bang like a Baghdad terrorist…”…as for Boogey, he never disappoints.

11. Peter Clarke on Omo Naija Remix by Phenom; 5 emcees, 2 femcees, while some unknown thrilled, some others were bleh, many toed the punchline path but with simple but precise bars, Peter Clarke delivered an interesting and relative verse, “Y’all are dead funny, rest in peace, Sam Loco………. I’m rolling dollars, you can call me Fatai now”…………this WFA soldier did stand out from the pack. 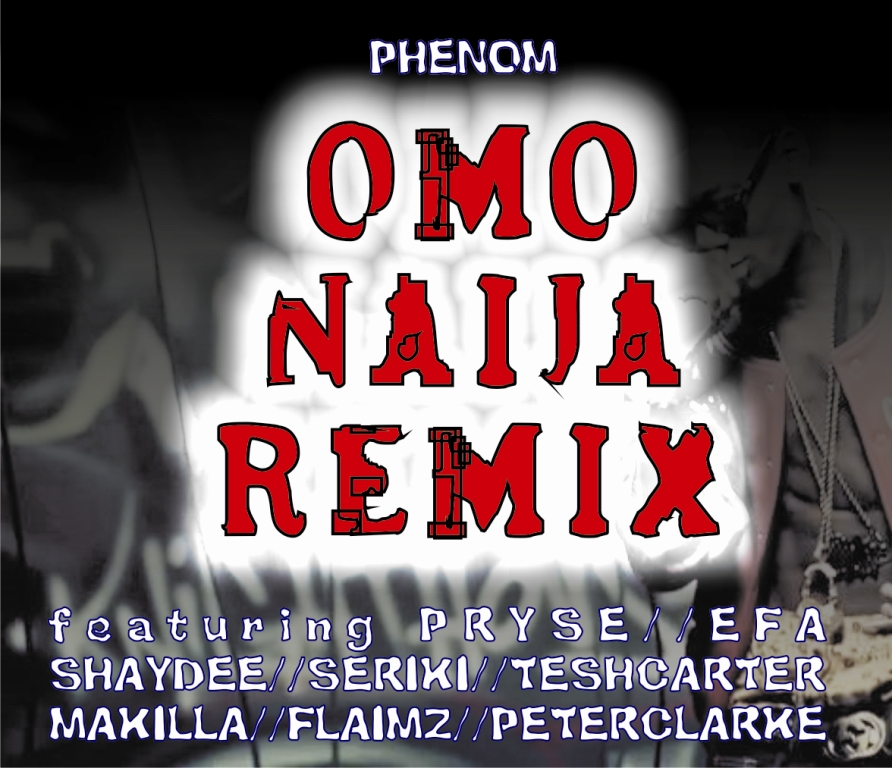 I'm curious, what did you think? Talk to me; leave a comment Cancel reply

This site uses Akismet to reduce spam. Learn how your comment data is processed.